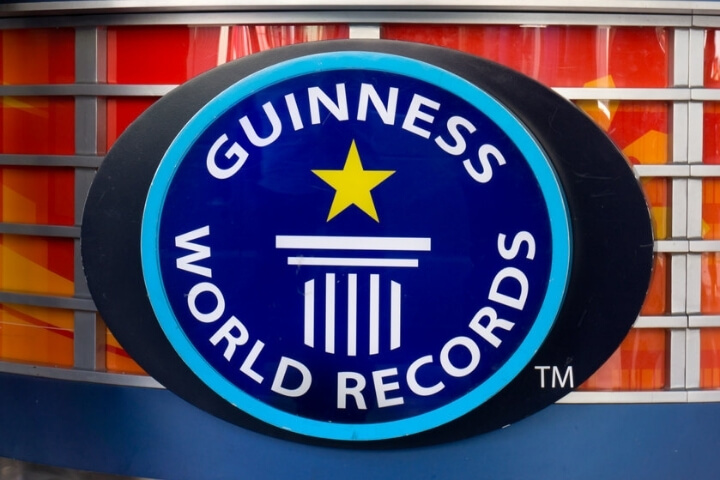 Everything you need to know about Guinness World Records Day

Seventeen years ago, Guinness World Records Day was first held and it’s now a highly anticipated annual event. People worldwide will try to break or create records in celebration of the world’s most famous book.

Don’t know much about it? Here’s all you need to know about Guinness World Records Day.

The Guinness Book of Records was first published in 1955

The Guinness Book of Records actually started out as a book of facts designed to solve arguments in pubs. The brain child of Sir Hugh Beaver, Managing Director of the Guinness Brewery in Ireland - the inspiration for the book came about after Sir Hugh got into a heated argument about the fastest game bird in Europe during a shooting party in 1951.

No one could find a conclusive answer to the question, so Sir Hugh decided the world needed a book of records. And so, the Guinness Book of Records emerges, and was first published on 27 August, 1955. For the record, Europe’s fastest game bird is apparently the Golden Plover.

It wasn’t until 13 November, 2004, when the first Guinness World Records Day was first held to celebrate Guinness Book of Records becoming the best-selling copyright book of all time. It has been celebrated annually since then, and this year it’s scheduled for Monday 15 November.

Guinness World Records Day is a 24-hour long celebration, where people around the world celebrate it by participating in the event and try to break a record or create a new one. Whether it is the longest hair or the biggest pizza ever-made, as long as it can create a new record, you're in. Of course, you need to submit your application via the official Guinness World Records website to qualify.

Australia is one of the countries known to be particularly active when it comes to Guinness World Records. Here are some of the most notable entries from down under over the last decade:

Special mention has to go to some other Australian achievements including:

As the Guinness World Records Day concept is that anyone from anywhere in the world can join, many famous celebrities are not the exception. Justin Bieber used to hold quite a few records, some of which were the most-viewed music channel on YouTube and the world’s most disliked video online for his song “Baby”.

On the other hand, Ariana Grande has broken 20 records – including the most followed woman on Instagram, the most-streamed track in one week, and the most streams on Spotify.

Our very own Hugh Jackman holds the record of the longest career as a live-action Marvel superhero, awarded to him at the Guinness World Records Day celebration in 2019.

November is almost here, and before you know it, 'Guinness World Records Day 2021' will be here too. Why not join in and break a record or create a new one? If you need some funds to make it happen, we’re here to help. Just take a look at our cash loans from $1K - $5K to find out how quick and easy it is to get your hands on some extra funds. Once a loan is approved, the cash is usually in your bank account within a few hours - so you can get ready to break your very own world record this year!